I’ve had a few Cage moments this year—riding the subway in New York City, standing at a busy Toronto intersection, staying on a beach in Halfmoon Bay. In each case, I’ve been swept up by aural happenstance. Strange music in the urban unquiet, accidental symphonies in the wild open air. From bicycle bells to persistent cicadas, I was suddenly hearing all the things I don’t hear because I’m too busy. 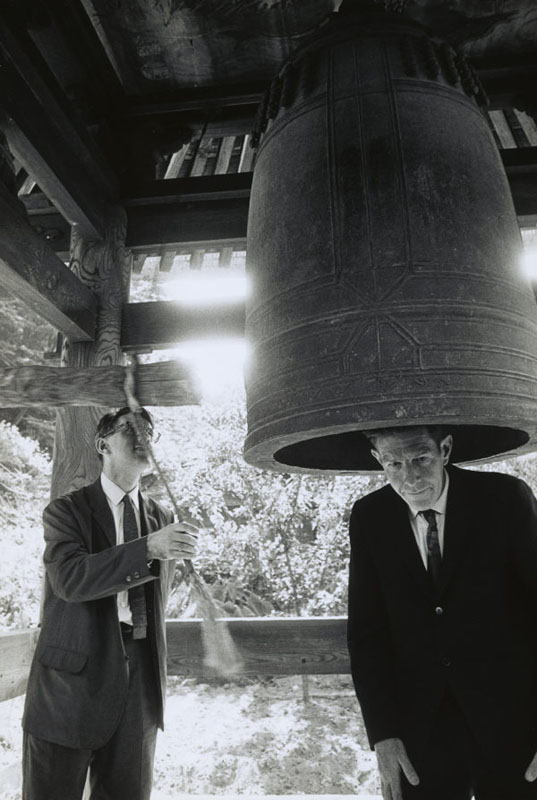 The other day I saw a friend who works in the social services sector. “All my life I’ve felt that I need to talk and dole out advice,” she said. “This summer I decided to do something different. I decided to just stop and listen.”

What does it take to listen without conducting or interfering? The writer in me often wants to speak her piece. But lately I’ve also been heeding the counter-voice that says “Shhhh.” You know, the wise voice that says: “Listen. Receive. Don’t be so quick to declare, to offer, to prefer, to make, to fix, to do. Let go of your small mind.” (Yeah, that voice.)

All of which to say: What better way to celebrate John Cage‘s 100th birthday today than in silence, for four minutes, thirty-three seconds?

What better way to remember than to be part of that Cage-ian gesture of listening, stretching across time, holding a space for other living and breathing (and coughing and snorting) beings? As the anarchic genius himself once advised: “Why do you not do as I do? Letting go of your thoughts as though they were the cold ashes of a long dead fire.”