As a teenager, I was infatuated with those early Penguin paperbacks. They were well priced and came in a spectrum of colours: orange, green, dark blue, purple, yellow. Often I’d go to the old bookshops on Queen West in Toronto and pick up a George Bernard Shaw or Graham Greene for $1.00. 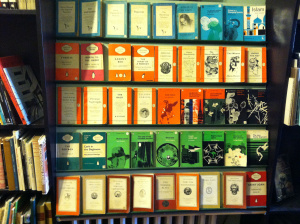 “There was a boy and there was penguin, strangers from the opposite sides of the ocean…” This animated version of the lovely and gentle children’s book by Oliver Jeffers is one of the nicest adaptations I’ve seen (Shaun Tan’s The Lost Thing is another.) The former is quite different to the picturebook—arguably less saccharine, the boy slightly more complicated, which I prefer. 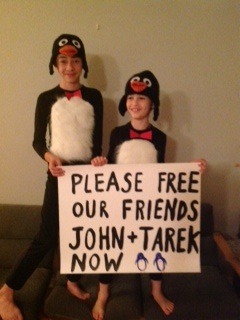 For more info on the campaign to free Tarek Loubani and John Greyson, who have been unjustly detained in a Cairo prison since August 16th, please see: http://tarekandjohn.com/

(The penguin costumes were my eldest son’s idea. He has a small role in JG’s next film, playing “Tango,” a chick raised by two penguin papas, Roy and Silo—AKA the famous couple of Central Park Zoo.)

It’s over. The big time-sucking gig that kept me so busy (not writing) these past few months has ended. I should be celebrating. I can finally get back to my desk. I can’t remember the last time I spent so long from it, so long not working on my own projects. So why this damp ambivalence. Could it be nervousness?

When I took the big gig (a good gig—brain-fueling) I thought: “Perfect. A fallow period. Time to retune and replenish.” I saw a sparkly clear mind at the end of it. 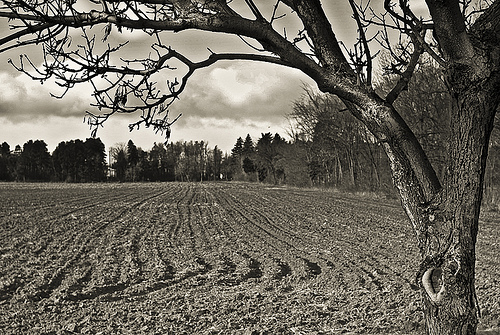 It wasn’t a bad notion. My mind was feeling a bit cloudy.

But something happened when I was away from my desk. All those writing muscles I take for granted grew flaccid. I could feel the pressure building up but also a waning of confidence. Too many ideas and too little nerve = bad alchemy.

I’ve never thought or spoken of myself as a writer who must be writing all the time. I’ve always bristled at books that exhort writers to Write Every Day. “Macho dogma,” I thought. “Pathological ambition.” What did these exhorters know of life’s interruptions and contingencies? But now I am hearing Ray Bradbury: “You must write every single day of your life… You must lurk in libraries and climb the stacks like ladders to sniff books like perfumes and wear books like hats upon your crazy heads…” I am hearing Stephen King: “I like to get ten pages a day, which amounts to 2,000 words…” And Haruki Murakami: “The repetition itself becomes the important thing; it’s a form of mesmerism. I mesmerize myself to reach a deeper state of mind.”

I am thinking about the difference between lulls and ruts in a practice. At what point does the former turn into the latter? What is the right amount of fallow time? I am starting to believe you have to write everyday. That spurt writing is not enough. That consistency and discipline are all.

Maybe I’ll become an exhorter. But somehow I doubt it. I’m too interrupted, too interested in many other things.