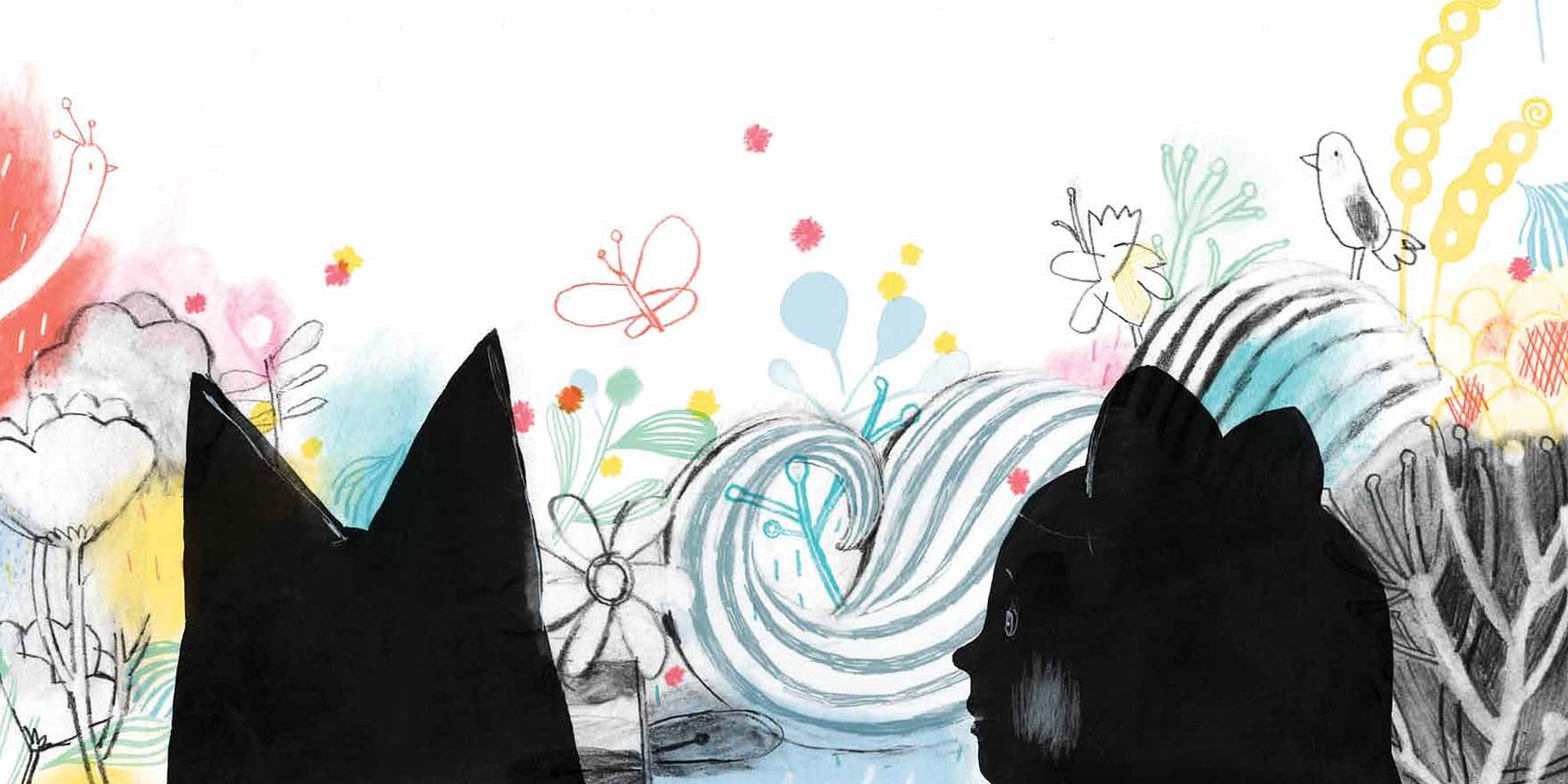 Not so long ago, I wrote a children’s story indirectly about Virginia Woolf and her older sister, the painter Vanessa Bell. The premise was simple—a young girl is feeling “wolfish,” and her sister tries to cheer her up—but given the infamy of my subjects, I knew the story would have to wear its origins and themes lightly. I decided it would be told in a suspended and hypothetical moment of childhood. There would be no explicit reference to mental illness or depression. Beyond these general notions, I proceeded intuitively – and, possibly, foolishly.

I have always had an unhealthy ability to dispel doubts while immersed in a project. The queasiness tends to arise later, once I step back. In this instance, I remember quite distinctly when my “Uh-oh” moment came. I had just finished reading Sylvia Plath’s Collected Children’s Stories. Widely known as that unhappy poet who killed herself, Plath wrote several whimsical and upbeat books for children, including The Bed Book, drafted when she was pregnant with her daughter. Reading these stories, all of which would fit into the category of “normal” cheerful literature, so delighted me that I recommended the collection to a friend.

I might as well have suggested she host a chicken-pox party or take her children to see Shoah. Her reaction could not have been more wary; there was a palpable blockage. That’s when it hit home that mental illness is still largely taboo in grown-up society. I knew then that some adults would be unable to separate my picture book from Woolf’s own suicide.

What doesn’t concern me is the response of children. For one thing, most will have no idea Virginia Wolf is loosely based on two real-life people; instead, they will see the story of two sisters, one struggling and the other flailing to help.

In fact, the world and emotions described in the book will be completely familiar. Adults love to project happiness on children, ignoring the fact that childhood is a pretty intense time for most. Life is epic in the playground. There is drama and bewilderment, injustice and anxiety. Souls are crushed and hearts broken on a regular basis. Is it any wonder young children cry passionately several times a day?

By the time they are eight, many children are full-fledged existentialists, buzzing with scary questions. (Michele Lemieux’s Stormy Night captures this brooding Sartrean mindset perfectly.)

I have always been disappointed by kids’ books that paint children out to be dimwitted innocents in need of false cheer. In that regard I have not moved far from the writers who spoke to me as a child: Charles Schultz, Maurice Sendak, William Steig, Norton Juster – all of whom wrote stories about characters suffering from epic bad moods.

Every one of these writers had the courage to be emotive and real and faithful to what goes on with children. Schultz and Steig featured characters (Charlie Brown and Spinky) who saw the bleak underside of life more vividly than the pleasant side. Sendak and Juster showed how fear or boredom could take over a child’s life, making it difficult to feel anything else.

But getting back to my own “real” story. When I sat down to write Virginia Wolf, I knew part of the challenge would be making Virginia’s “wolfishness” recognizable. Her popular image as a tormented genius, combined with her tragic end, has elevated her vulnerabilities and obscured her ordinariness. But is there not a little wolf in everyone? Have we not all, at some point, been immobilized by sadness?

I realize some adults will question this attempt to normalize Woolf’s illness, but I’m hoping it will be a miniscule minority. As for those children who find out that Virginia Woolf killed herself: it’s not my intention to “bring them down,” but I think they will be okay. Quite honestly, many adults aren’t as limber and resilient as the children I know. I have discovered, as a general rule, that kids tend to find their courage when they are invited to speak openly about things that scare or confuse them.

Ultimately, I’m hoping readers of all ages will be so seduced by Montreal artist Isabelle Arsenault’s illustrations for Virginia Wolf that they will work through any apprehensions. (I know I swoon every time I open the book.) To me, Isabelle’s art is the very expression of the idea that creativity, while it might not save us from ourselves, can be a way of going forward. If we’re lucky, art can help us through our wolfishness.

(to lift your spirits on wolfish days)

To purchase Virginia Wolf by Kyo Maclear, please visit your local independent bookseller, or order online from Kids Can Press.